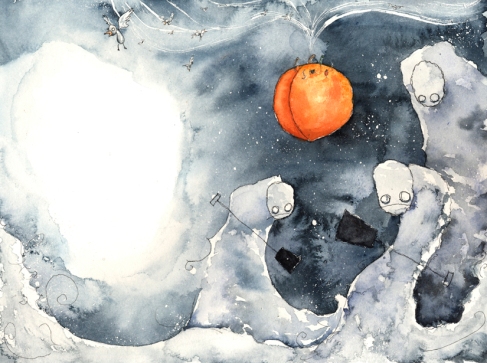 So I woke up this morning feeling short of breath. I was wheezing despicably, and when I realised that I couldn’t breathe, I had a full on panic attack!

I fell out of bed, drenched in sweat, and crawled up to my mother’s room, where I woke her up amid a torrent of tears and gasps, telling her to call an ambulance.

I certainly worried her, because she leapt out of bed immediately and told me not to be silly, and to have a wash and ring the doctor. What would I do without this beautiful mother of mine, eh? Thank God for her. May He shower his blessings on her, that’s what.

Anyway, so I rang my local surgery, and gasped to the receptionist that I needed an appointment as soon as possible, and without her usual ado and fuss about no appointments being available, she told me to get there immediately and they would try to fit me in.

There, how’s that for efficiency!? She is usually awfully cold and skeptical when I ring in with an ailment, so I tell you it made a pleasant change. I think I must have sounded really bad, for her to give in so easily.

I then stumbled to the bathroom, towel-washed myself (I positively reeked after the sweaty bedsheet debacle), brushed my teeth and pulled my scraggly sick-bed hair into a bun before dashing out and shrugging on a coat, not even bothering to put on new pyjamas.

There were cloud men in my chest; pouring, digging, holing, building, snowing, raining, and whistling. Each breath I took was laced with lashings of sleet, and each exhalation was like the wind whistling mournfully over the moors, and I had no control over it!

It felt so strangely odd, not having control over your breathing. All I could manage were short wheezes, each time hoping I would get enough air into my lungs, and each time panicking more when the air wasn’t sufficient!

Oh dear, I thought, passive smoking is finally leading to my untimely demise.

My mother told me to wait, as she would come with me but I told her not to worry, as I was already halfway out the door.

The five minute walk to the health centre seemed to last five hours, I kept having to grip things to hold me up while I caught my breath. It was despicable. I felt like an old person. Then I felt sorry for old people, for going through this awfulness everyday.

Well, not all old people, of course.

Anyroad. When the doctor could fit me in, he checked my lungs with the heart listening device that I used to use a lot as a child, and which I am still fascinated by. I was very self conscious because I thought I must have smelt really bad because, being sick, I had not bothered to shower. I also asked a lot of frantic questions along the lines of “are you SURE I don’t have pneumonia” and “How would you know if I had pneumonia?”

I think my doctors know I am a hypochondriac by now.

So they put me on a nebuliser thingy, which I thought was tremendously fascinating and very dramatic because it came with an oxygen mask, and I have never worn one before. I tried to act normal though, and not wounded or invalidy because that would have been really lame. Then they told me to take antibiotics (surprise surprise) and told me not to worry about having pneumonia, and if the symptoms presevered, to return to the GP immediately.

Yes, I said, thank you very much.

And, feeling much better, and much more reassured, I got up and walked out and called my mama as soon as I stepped out into the crisp, cold air.

So. It appears I will have to join the antibiotics family for the first time in my life, and the asthma family also. I suppose it is not so bad, in the grand scheme of things, and being poorly is just an inescapable part of life, and something humans must deal with.

I should be thankful it’s nothing worse, like that awful lung disease that girl had in that blue book by John Green. I was actually thinking of her, you know, when I was gasping my way down to the health centre. I thought, how romantic, if I had to have tubes in my nose, and this was my last walk, of sorts. How simply divinely dramatic! But I expect if I were really suffering from it, I wouldn’t be half so jolly about it. There is a sense of frivolous indulgence in knowing one isn’t actually dying from a lung disease, and can afford to play at it.

I shouldn’t speak so, though. Imagine if it did turn into a lung disease! You never know what could happen.