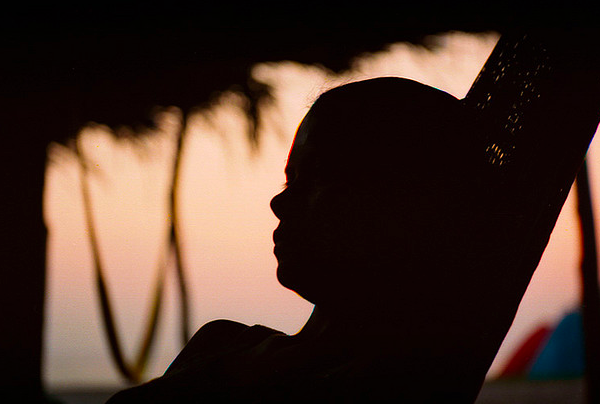 It was late. His letter was late. And when it fell limply through her letter box she could see that it wasn’t akin to the thick volumes he used to send.

It’s alright. He is busy. It makes sense.

Still, anxiety gnawed at her as she put her small index finger gently under the envelope flap, coaxing it open with her nails. She didn’t want to rip it. A part of her didn’t even want to read it. Her heart was thumping wildly under her thin nightdress, her hair hung like coiled honey, resting on her shoulders, gleaming in the light filtering in through the glazed window on the front door. She was aware her breathing was shallow, and when she had prised the flap up and pulled out a thin piece of folded paper, she had to sit down.

It’s okay if it is just a small note. I do understand. I won’t be like those petulant housewives waiting for their husbands to pay them attention, hankering for it, living their lives around their husbands. I have a life. I have. A life.

She glanced out the window at the rising sun, behind the mountainous rosebushes outside her front room window. White and peach blooms against a backdrop of dark green and a low stone wall. The street was quiet. She saw the postman across the road now. She wanted to go outside and return her envelope to him.

‘Here,’ she wanted to say, ‘Take it. Deliver it again when it gets fatter.’

She wanted to throw the window open and scream, ‘My husband doesn’t love me anymore!’

How long had it been? Six months? She couldn’t even remember anymore. She missed him so sorely, and would tell him freely, of course, until that fateful evening. She missed his letters filled with sweet nothings, filled with details about his days, filled with love and warmth and the promise of his arms around her and his mouth on hers and his comfort and kindness.

When did it even start? When did his letters stop being novels and start being harried notes, almost resentfully explaining how he couldn’t write because he was snowed under.

He will come back.

Even as she thought it, slowly unfolding the weak little letter, she felt her heart turn to lead. There was a metal lump in her throat that she couldn’t swallow. She didn’t want to. She didn’t want to move, or think. She just looked listlessly down at the meagre words, in her own darling’s handwriting, that crossed the page, no doubt ripped out from one of his journals.

She sat there for the longest while, staring down at the note, until eventually it fluttered out of her small little hands and sailed gently down onto the carpet she had chosen with her husband three years ago.

The boss has asked me to stay on, I’m afraid. I have accepted. I will call you from the post office on Tuesday at 3PM. We need to talk.