Are we exhausted? We don’t know. Do we elucidate like everybody else does? Do we turn against each other, or fall into each other’s arms?

We sit at our desks, and days merge into other days.

Did we visit the pie shop on Monday, or Tuesday?

No, that was two Mondays ago. Henriette had a cheese and tomato pie, with lashings of melted brie. She smiled in Hans’ face, and told him he was doing a capital job.

The man who stole the moon sailed into the harbour on a ship made of Glimmer. Nobody knew what Glimmer was, but they all cheered as the tug boats hauled the gleaming ship into harbour. Men threw their hats into the air, and women waved crisp white handkerchiefs with their initials embroidered on the edges.

Their maids did that for them.

The woman who’s eyes were replaced with emeralds appeared on an emerald throne, among a throng of public supporters. They screamed that they loved her, trying to grab her, hands of all colours reaching out towards her glittering throne, but nobody could touch her, for she was protected by a wall of fire. Others lurked in corners muttering darkly about how she contributed nothing to the earth, and why is everybody celebrating her blindness?

And, do we elucidate? Do we make clear our intentions?

Do the offices of the world yield some world order?

We will never know.

We are mere cogs in a gargantuan machine. 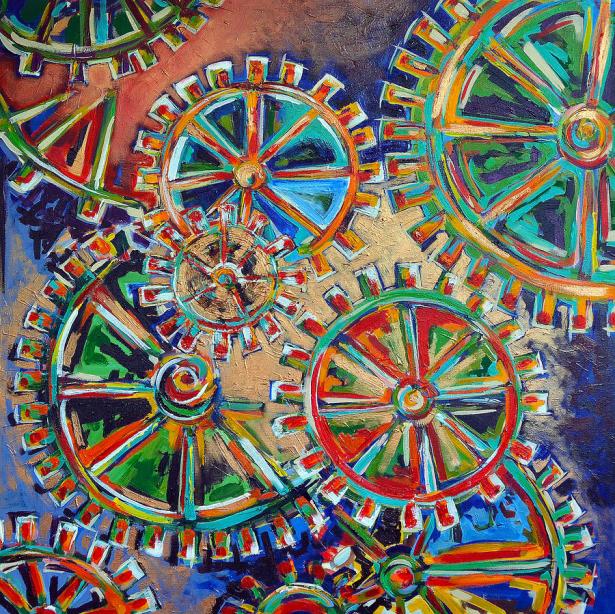 Nursing a heartache for the last four days. A strange heartache. A growing pain, if you will.

You see, I was introduced to Margaret Mitchell’s South America, and travelled through the pages of Gone with the Wind, dragged along by a headstrong, selfish, vain, villainess who forced me against my will to hate her and sympathise with her in equal measure.

I certainly will not write a review, for I am sure there are countless reviews out there, loving and hating Gone with the Wind and analysing it to the ends of the earth and back. I feel sad that there is so much analysis of it out there, because I felt privy to something rich and private and entirely soul-wrecking, that I wish it belonged to me alone.

I felt sucked into a very real world, taken on a roller coaster of emotions so intense that I could barely focus on my work, and then spluttered out at the end with not a damned care. I felt like crawling away into a hole and licking my wounds, the same way Scarlett did at the end of the book. I felt cheated, but also as though I was given a marvellous gift. I felt angry, but also enlightened, as though a window of thought which had never occurred to me had just opened before my eyes.

And this is why I say I am having growing pains.

You see, the world has shifted a little. Old hatreds and prejudices have moved sideways, giving way to new understandings. I certainly don’t take the political happenings of the book as pure fact, but it certainly gave me an insight into what was fact for a large number of people. It made me think, so to speak, from the perspective of ‘the enemy’. The slave owner. The people who were so morally amiss in my dictionary. They are no longer like that. They are now humans. Humans who err, who have arrogance, and love, and humility, and confusion, and hatred, just like all the other humans who do.

The way the world is currently, is because of systems which humans, who are essentially all the same, follow. People fought each other in plenty of wars, and ultimately, it really did not matter what they were fighting for, because there was error and evil on both sides, as well as innocence and good.

And that is why I have been nursing a heartache.

I feel like I have been blind for so long, and now my eyes have been opened.

I feel like I will no longer look at things at face value, because, underlying everything, is years and years worth of prejudice and heritage and taught attitudes.

I will no longer rely solely on my taught attitudes to make judgements on people and cultures around me.

I will try to understand the world in which I live, because in order to move forward with people, in harmony, one must understand them.

Gone with the Wind was heartbreaking because nobody understood each other. It was a personification, in a way, of a war that killed hundreds of thousands of people, because of stubbornness and greed. And, if you think about it, that is why all wars are fought.

If only people understood each other.

My heart hurts because I have had a stark realisation that they never will. I can, you can, WE can, but the collective won’t.