Do you know what a wastrel is? I didn’t either, until Master Jeffman called me one today. A wastrel of a boy, he said, shaking his meaty fist at me. What is a boy to do, when called a wastrel? What did I do? I fed the pigeons with his share of the corn, that’s what I did. I fed the pigeons and thought of new ways to become a worse wastrel than I already am. He missed his corn, at supper, and blamed the cook, who was beside herself. I felt truly a wastrel, then, and owned up to it. Suffice it to say that my revenge was short-lived, and I must be more resourceful in future when I decide to carry out acts of subtle retaliation.

On Saturday Twig and I stole some bread from the kitchen. It was for the ducks by Het’s Pond – they seem a little on the waify side lately. Twig reckons it might be because the pond has frozen over, and they have nowhere to fly to. If you’re really quiet of a frosty dawn, you can hear all the manner of bird calls. Jenny wrens, jack daws, tom tits and robin redbreasts. The ducks are quiet, then. You can see them just about waking up, stretching their wings and giving their feathers a sleepy shake. The world is beautiful at dawn; we swing our legs over the side of the bridge and yearn to fish – only we can’t break that stubborn, thick surface of the water.

Twig reckons they should have called it ‘Het’s Lake’, on account of the pond being 40 acres wide. I told him quite dismissively that the idea had already been put to the Council, but to no avail. Twig reckons he is a visionary. He has started wearing those glasses he’d squirrelled away last year, and introduces himself now to the others, the new ones, as ‘Dr Blackadder’. Never to the Masters, of course, they would whip him to a pulp. A prime fellow is my brother, I say, in utmost sarcasm.

In the morning, sometimes, the folk at the House bring their skates down and have a capital time of it. We watch from the bridge, they shout eloquently at each other and have snowball fights on the ice, twirling about and making quite a show of it, their valets and servants bringing them hot cocoa on silver trays, traipsing down the side of the slope as though summoned by magic, floating over the snow like angels of warmth and luxury.

The dawn is our time, though. Our own time, away from the Masters, away from the drudgery, away from the relentless hours of physical exertion. We fall asleep at night as soon as our heads hit the pillows, but we always wake up just before the first light of dawn, when the stars, bright and twinkling in the winter sky, are just starting to fade. We wake up and drag ourselves down to the side of the lake, we listen to the birdsong and saturate our souls in the still atmosphere of a waking world.

And I think of you, Hana, and how I am not truly a wastrel, unless I have wronged you in some way. I am not a wastrel, if the world welcomes me at dawn, and allows me to live in the miraculous time when the skin kisses our part of the globe, and turns night into day. The air shifts, the songs start, and the day stretches, yawns, and slowly embraces the earth. 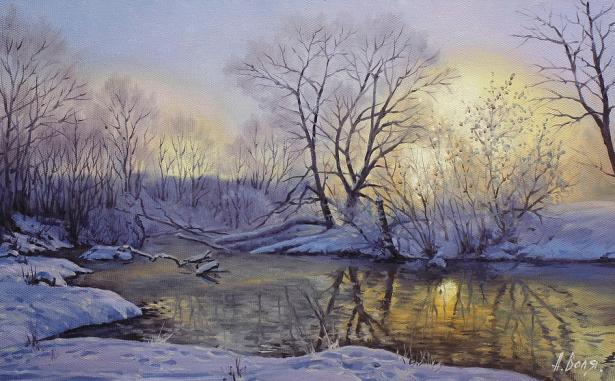