How are you doing, folks?

It is nice to see people checking in with each other more. There are still a lot of terrible things happening, but so much positivity too. It’s totally up to you, what you want to pick up when you sift through the piles of panic and mess.

My husband has started using my tweezers lately. I only have one pair. My husband likes to think he is the tidy one in this relationship but that is so not true. He never puts things away! I always grumble about this, and put the things he has left out away. He is a lovely guy though, and cleans our house beautifully, and makes sure I come down to pristine tidiness every morning because mornings can be chaotic with a baby. He is caring and sweet (he doesn’t like to be known as ‘sweet’, it is not ‘manly’), and although he is a ball of stress, he is the only one who truly knows how to calm my stormy nature.

Except he keeps taking my tweezers from their designated space and never puts them back! So now, for three weeks, they have been missing. We have both hunted high and low for them but with no luck. I feel so annoyed with him. My eyebrows are growing out and they are itching to be tweezed!

I know that is something petty to say considering the state of the world right now. I know I have the luxury to focus on petty things right now as we are staying indoors for the foreseeable future. My son is asthmatic so I worry about him. And of course, I worry about those who are so much more vulnerable and who are at dire risk if we unintentionally pass anything on to them. So we are staying indoors.

And I am focusing on petty things! Like my missing tweezers! If you have seen them, can you please tell them not to be so dramatic and send them my way?

“I’m coolldd!” my sister chattered after a shower, as she walked into the bedroom we used to share, a towel draped around her shoulders and reaching her wet knees.

She carried on complaining as she got into her clothes, her movements rickety and exaggerated.

I rolled my eyes.

“Ok but it’s a genuine problem” she argued, “and so what if I’m not starving to death, I’m cold and I’m allowed to express it!”

“So get into bed then,” I said meanly, “other people can’t just get into their nice comfy beds with clean sheets and get warm, but you can!”

We carried on like this (as we do), back and forth, back and forth. It wasn’t serious. It was lighthearted with an underlay of years of sisterly resentment.

Later on, after I’d scrubbed a few things and my sister ceremoniously broomed the kitchen floor, she was sitting on her bed and me on mine.

“I have the worst headache,” I told her.

“First world problems.” she was quick to say, folding her legs and scrolling down her phone. She glanced smugly up at me, as I got up to go to the bathroom.

“I know, right?” I said, “Thank goodness that’s the heaviest of my problems today.”

“At least you have a head!” she called out, as I shut the bathroom door. 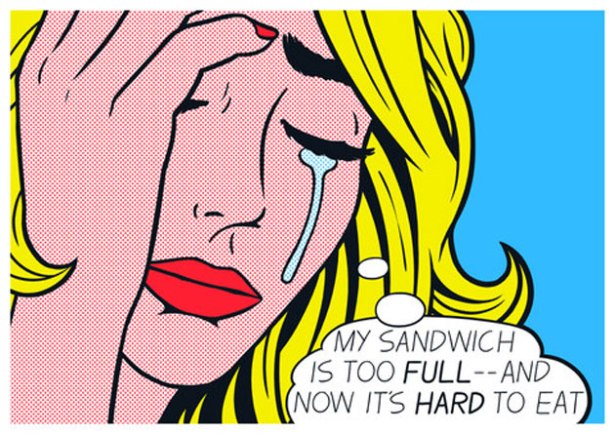