The sun is beaming down, turning the sky a strange sort of blueish brown. When you go out into the direct beam of light, the heat radiates through your very bones. People still venture out, in their colourful overclothes and highly patterned scarves. Their faces are scrunched from the sunlight, but their spirits are high.

The little country market squats in the wide expanse of sand, stones, and dusty desert bushes;sparse, small and set close to the ground. Stalls are wagons, held up on one end by wheels and on the other by wooden beams and bricks. The cloths which cover them are faded and worn from dust and the pure dirt of the earth, and on top they have their vegetables piled high. This is what a country market looks like in Morocco. 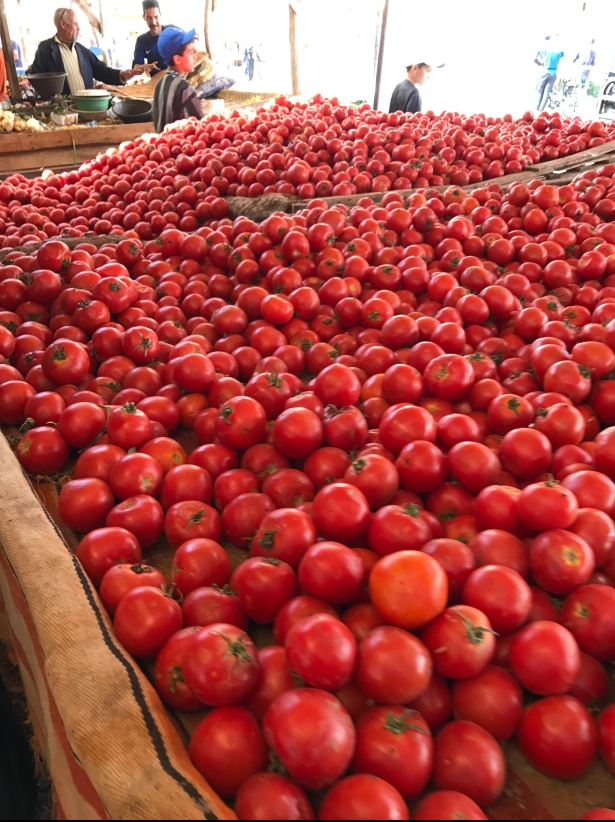 Have you ever seen so very many tomatoes? I haven’t. A woman shouted at me when I tried to take photos of the tomatoes, and other vegetables.

‘Eeh, shoofo, ‘and-hal mobile! Esh ket-filmy!?’ she waved her hands at me and thrust her chin out, confrontational. Eh! Look at her, she has a phone! What are you filming? Everybody turned to look at me, suspicious and curious. My neck prickled with shame and confusion, but I also felt annoyed. I gestured towards the fruit, ‘El-Fawakih!’ I exclaimed, trying to defend myself.  The fruit! I understood then that they were worried I was filming their women and would spread their images on Youtube. She stared at me suspiciously as I walked away, and I hid my phone sharpish. They found it offensive that I was taking pictures of their wares, because the area I was walking in never saw any tourists and to take photos of an ordinary food market was unusual activity.

I saw a withered old man in a colourful turban and wide pantaloons sprawled on a mountain of clothes, next to his empty cart, snoozing as the flies buzzed around his head and the sun clothes which draped from the wooden beams overhead fluttered gently in the breeze. The very sight of him was a vibrant photograph, just begging to be taken, but I dared not take that risk. 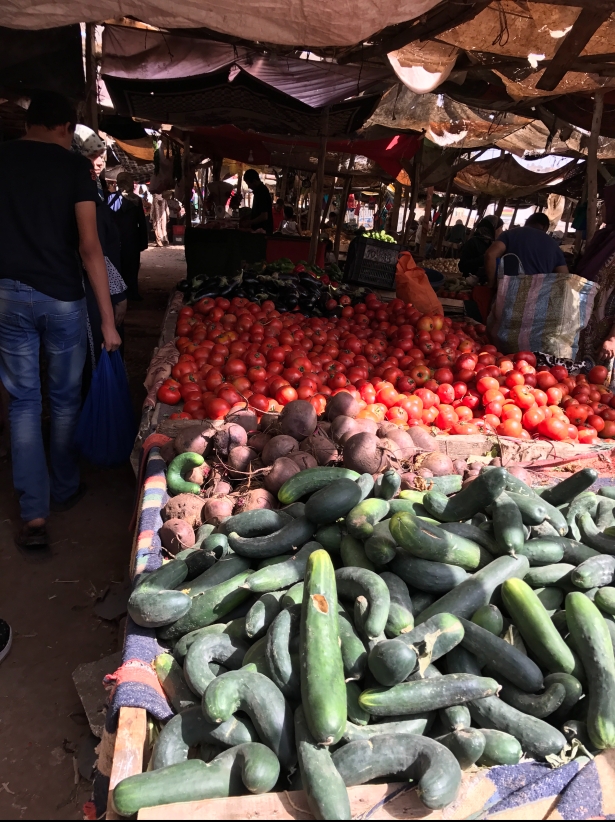 As we walked away from the market, a fishmonger, standing on the outskirts of the market and well away from the vegetables with all the other fishmongers, shoved a dead, open fish in the face of my relative. She reeled, pushing it back towards him, exclaiming that she didn’t want it.

‘Smell it, smell it. It’s fresh, caught this morning.’

She sniffed it tentatively then told him she wanted a kilo of the little fish. 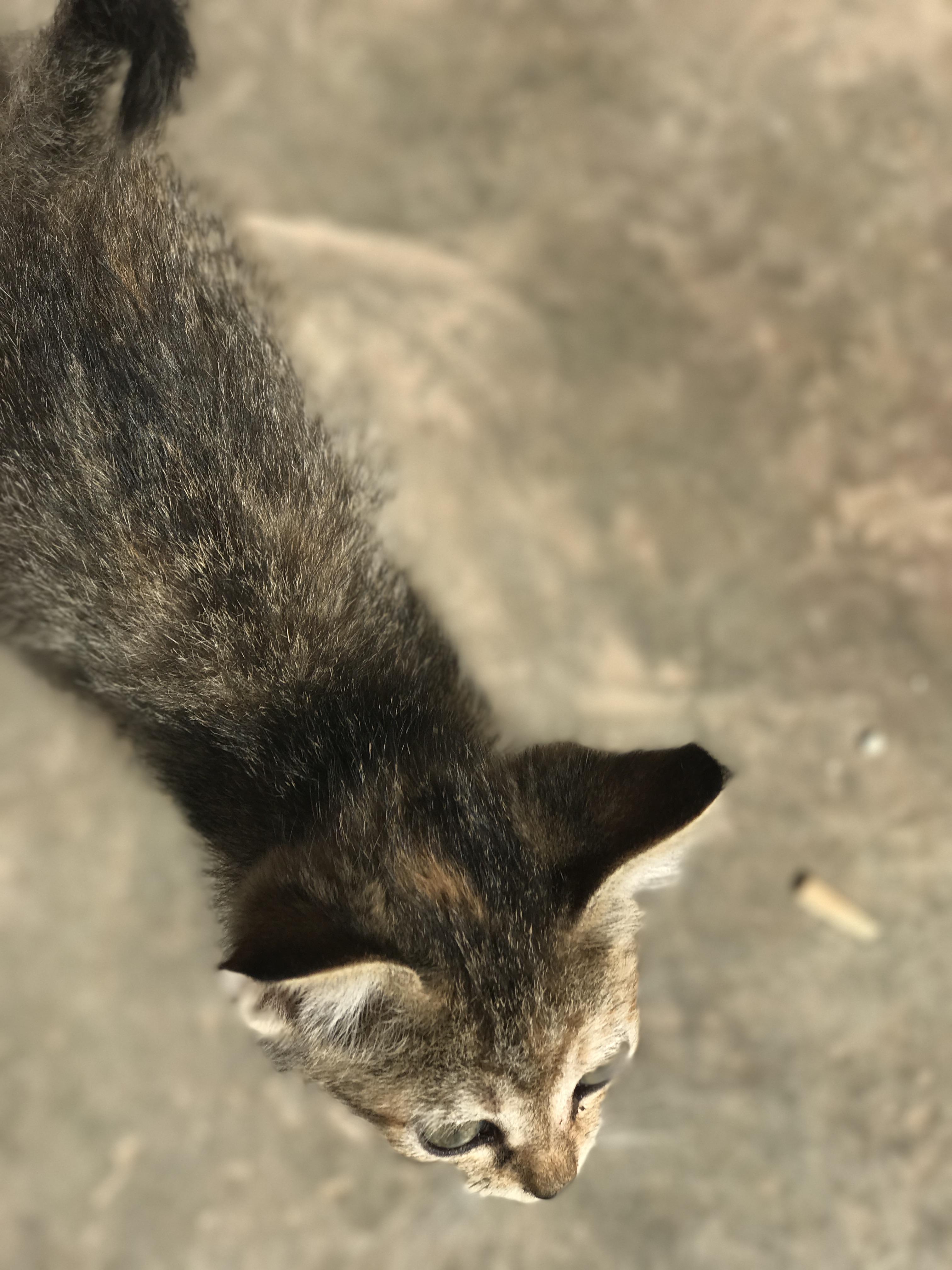 This little kitten was hanging about on the verges of the market, sniffing eagerly for food. We gave it a square of cream cheese.

Munch munch. Little creature was as big as the shadow of my phone!