I spent a lot of my teenage years being insanely depressed. It was desolate. A desperation. A yearning for something but a lack of confidence to get it. Or trying to obtain it in the worst ways possible.

Dark streets and lamp-lit winter, leaves falling from trees onto shiny wet pavements. The crunch underfoot of all sorts of nature, lying limp on pathways. Outside frames my memories. Not inside the home. It was escape, really. I tried to escape, and I don’t know what from. Away from home? From heavy, pregnant expectations. Aspirations turning to dust. There was a lot of pressure and blame I think. Pressure to do well and be something because a big sacrifice was being made for me… ten years on and the sacrifice is still ongoing. Makes me wonder if it really was for me at all. Or can a judgement just be a bad one?

My sister goes camping and volunteers at a farm. She cleans out henhouses and mucks out stables. She pulls potatoes and onions, relishes in the dirt between her fingernails. Those fingernails that used to scratch me in childhood fights. Her weapon of choice, with her being so small and skinny in those days. Now she towers above me. Three years younger, and I look up at her. Notice I did not say ‘to’ her. When we were children living in the desert we yearned for the fresh green of the UK. The heavy foliage, the thick weeds. We yearned to ride horses and wade through marshes and walk through fields. Every summer when we came back to visit grandparents and family, our parents took us here there and everywhere, sfilling our bottomless cups before we had to go back to the torrid heat of Arabia and my father at work work work and my mother…. sad but trying her best.

My sister adores the farm. She says she is the happiest she has ever been in her life. She doesn’t want to leave. In the evenings she has a chat with a few straggling volunteers. Sometimes they make homemade pizza. At night she retires to a caravan by herself. The hob doesn’t work so she can’t cook anything and the bathroom is not in use, so she has to walk in the pitch black to the compostable toilets several feet away. I asked if she felt lonely or scared, and she said no way. Such vehemence in her voice. When I saw videos of where she sleeps, I could see the old familiar things that make my sister. The way her duvet is thrown back. The little things she uses everyday, and has always used. She sends me clips of her long fingers practising using a piano for the first time ever. We have an argument over Snapchat, but on WhatsApp our conversation flows freely and cheerfully. Parallel conversations, very different tones.

When I think of my sister on her farm, and me here with my two kids, I can’t help but think of me back then. I was happier away from home too. I was desperate for friends, good friends, any friends. Moving across the globe at that age made it hard to find people ‘like’ me. I was socially awkward and painfully shy. So when predators made their moves on me, I gave them the time of day. I fancied myself ‘in love’ and let them trample all over me. Heightening my depression, pushing me further into loneliness and isolation. When I did make friends… I put a predator before them. I yearned to live on a farm, to travel places, to explore and learn and have adventures.. like my sister is now. But in searching for that I fell into the wrong crowd. They laughed like hammers on a rotten fence and their teeth were brown from smoking. The put me on a drug high and laughed at my terror and confusion. They told me they loved me but used me to within an inch of my life. They hurt me and forced me to do things I still shudder about.

My parents are ‘disappointed’ in my sister, but were ‘happy’ with me. My sister who is being so wholesome and finding her joy and fulfilling her childhood dreams in the right way. They didn’t know what I was doing, they didn’t know my authentic self. My sister is vocal and stubborn. She doesn’t always respond in a way that pleases them. She has her own opinions and isn’t afraid to voice them, even if they are wrong in my parents’ eyes. Wrong in my eyes sometimes too, but then I step back and I think.. she is an adult and she is making choices, who is anybody to stop her or dictate to her or make her feel bad for it. We can make choices the other doesn’t agree with and still be a harmonious family. It doesn’t quite work that way in my family though. There is often a ‘villain’.

We are so loved, but there has to be a villain.

Everybody says your sister is supposed to be your best friend. I think that is a load of tosh.

I love my sister. Of course. I don’t want anything bad to happen to her. I just want the best for her and I want her to do well and be successful.

But we don’t get along very well, my sister and I.

I know she looks up to me. I am not being arrogant here. What I say to her really matters, she listens to my advice and tries to follow it. I see her following in my footsteps and she would never admit it in a million years but I know it.

She turns to me when she needs help, and nowadays, what with being married and living far away and having a tonne of new responsibilities and a job, I cannot always be there for her, I know she feels the bite of that.

Being a sister is being in a complicated relationship. Many sisters have it easy, they get along and find it so easy to express emotions to each other. My sister and I don’t. We never tell each other we love each other. But we show it in the way we begrudgingly make each other a cup of tea. Or in the way my sister tidies up the room we used to share when she knows I am coming home. Or in the way I will give her my jacket even though we quarrel abominably about giving each other our clothes.

I might give my sister a cup of tea and she will smile at me and say, ‘I hate you.’

As children we got along relatively well. We played lots of imaginary games together and devoured the same books. I wouldn’t say we were inspired by the same people. In our early teens we had similar tastes in dress and music, but hers took a darker turn. We are similar, but also very very different. How can that be possible? I don’t know. People say we look nothing like each other. Together we can be quite

My sister is struggling in the early throes of adulthood. She can’t relinquish the child within her and she wears adulthood like an uncomfortable gown that her mother forced her to wear. She is unconfident and hesitant, but oh so desperate to be where she thinks she ought to be.

Her aspirations are low, much like mine were at that age. Her associates are weaklings whose words are louder than their actions, and she projects their opinions disguised as her own. And it breaks my heart when she does that because she thinks she is so right and everybody else is so wrong and she is just mindlessly crashing through life and one day, like me, she will wake up with so many regrets.

But I know my sister. She can be feisty and fiery. She can be confident. She just doesn’t know how. And she is spaced out and needs a lot of prompting. She will come to me to prod her every step of the way in everything that she does. She needs to be handheld and it is frustrating, given that she is nineteen years old.

But I love her.

I am an insecure person. I push myself and push myself to my furthest limits because I don’t want anybody to surpass me. I am in competition with everybody, even my husband. Some would say it is unhealthy. Who knows.

Do you have a sister? What is your relationship with her like? 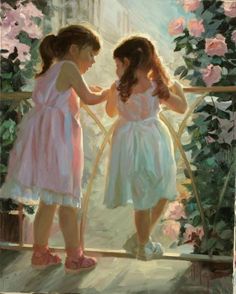 “Len, why did you have two packets of crisps?” my sister marched into the room. I could hear the kettle boiling gently in the kitchen when she opened the door.

“What? How did you know?” that was me, shocked. How did she know?

“You didn’t even say sorry!” she turned and walked out, determined and cross.

“Why should I say sorry. I’m not sorry.” I was still bemused about how she knew I’d eaten two.

“You should, you’re fat.” she called from the kitchen, the clink of a teaspoon hitting the ceramic of a mug a rattling tune to accompany her voice.

“That’s not true!” I cried, indignant. Secretly, though, I could feel the extra pooch around my middle settle comfortably, and place its hands on its tummy. It wasn’t going to budge for a very long time, and only after much sweating, effort, and wheedling. The backs of my arms jiggled a little as I quickly typed the conclusion to my essay. Gulp. I am fat. I ate two.

In less than two minutes.

I got up to put the heater on.

“Well it is,” my sister, ever the obstinate, stubborn creature, took her tea up the stairs. Her long, cricket legs bending sharply beneath her.

She glanced back at me, an evil glint in her eye.

Do you ever feel guilty after involuntarily shoving down two packets of crisps? Don’t you think some junk is sometimes warranted, especially under duress?

Or are you like my slender, tall sister, who, no matter how many she eats, always maintains her sculpted, streamlined body?

By 1mad-moo-cow1 on Deviant Art (obtained from Google Images)