Well, that is that. This country just elected the conservative party to see them through Brexit. A win so big it hasn’t been seen in this capacity for 80 years.

What on earth does that mean for this country? What does that SAY about us?

I’ve been shocked by people who are quite close to me voting for the tories because they think this is a nanny state, saying things like people ought to work hard for things and shouldn’t have free healthcare. I agree! I think if you are able, you must work hard and earn money to pay for things. But if you genuinely can’t, then my taxes can help you until you are back on your feet. I think that is the best way to go. Less poverty, less depression, less cruelty, more happiness, more equality, more peace in society! The biggest driver of crime, I think, is poverty and lack of education. The cuts to the education system and the cuts to benefits has certainly seen a rise in crime in the UK!! Invest in a rich country, not just economically, but socially!!! How thick do you have to be to NOT see this? How privileged???

I feel sickened to my core.

Boris Johnson says they are not selling off the NHS, but facts show the conservatives have been selling parts of this valued service to private companies since 2015. They have already sold so much patient data to American drug companies, so they know exactly where to hit to drain the NHS of its finances. So when it goes belly up the tories can raise their well-fed fingers and say, OOPS! It’s ok for them, though. They can afford private hospitals.

I am stunned and gutted.

Well. I really miss my husband.

It’s not ruining my time here but it’s making me wish time would go faster. Which is simply ridiculous given that I’m in a different country and should enjoy every second of it.

I have nine days left.

I’m not enjoying cockroaches. Every time we go into the city I’m on edge. Some areas are infested with them. They are haunting my dreams!

Apart from that things are going well. I have seen a massive beautiful mosque right on the sea, all white and marble pillars and intricate Islamic designs on the high ceilings. The views in some places are incredibly breathtaking and the other day a man asked if I wanted to hold his monkey. I didn’t, mores the pity. I can be horribly moody like that sometimes. So my dad did instead and we took photos. We are going shopping today so I can buy gifts for my family back at home.

Which reminds me, they are voting today. Good luck, Britain. I’m vouching for you. If I was home I would vote to remain in the EU. Gut feeling, and also it seems like Brexiters are mainly focused on immigration issues. Nothing really solid. Also they don’t have any definitive plans for anything if we do leave. That sounds mighty unpredictable to me.

I wish Jeremy Corbyn was our prime minister, really. The Tories are sucking the life out of poor British people. If you are going to cut their benefits then don’t raise their tax. I’m seeing more and more suffering daily, and being in a poor country like Morocco is only highlighting to me what corruption does to society. They are suffering here. There are no opportunities, only greed.

I’ve spoken to several people on this matter and everybody says the same thing. Life here is hard unless you are rich.

Apart from that, I have learnt some sentences in the Moroccan dialect. For example, ‘wahhashtik bizzaaf’ means ‘I missed you alot’, and in regular Arabic its ‘ishtaqtu ilayki katheeran’. Very different, right? They don’t really understand my regular Arabic. To them, I’m speaking Shakespeare. And nowhere near as refined! I used to be able to speak fluently in the UAE dialect but seven years and I’ve forgotten.

They replaced the warm orange street lamps on my mum’s street with a cold harsh light instead.

So bright and painful on the eyes, unlike that gentle warm orange glow we had before. Just surreal enough to transform the ugly dirtiness of it into something magical, illuminating warmly through the leaves of the solitary tree in the middle.

Now, it’s bright and industrial, like iron and concrete.

Lighting really does make all the difference.

In the night time, when I am back in my old bed, I struggle to sleep because my room is so bright and white. Even when the curtains are drawn.

I stick my head out of the skylight and try to make it magical again. The only way I can do this is if I look out into the distance where I can see the twinkling glow of the city under a purple night sky, just above the bright lights over the street.

The cold white light is strong enough to penetrate my picture, but one can always dream.

Why do they always have to industrialise things. 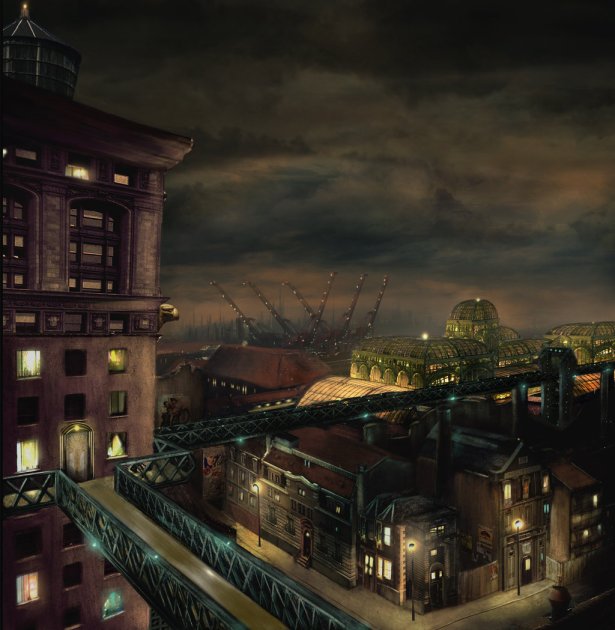