I bought this book as an afterthought, selected out of a range of pickings offered to me on Amazon after I’d purchased a book already. It stood out because of its simple, no-nonsense title; I wanted to know more.

The New York Times Book Review daubed it “one of those rare, invigorating books that take an apparently familiar world and peer into it with ruthless intimacy, revealing a strange and startling place”.

Set in a baking town in the middle of an intensely hot summer, the vivid imagery of a rotting green river snaking through the heart of the town makes for a stunning metaphor of the rotting sickness underlying the relationship between mother and daughter. Not that its long-term, of course. The story explores the complicated relationship between a girl on the cusp of adulthood, and a mother who has made many sacrifices in order to lead, at least in her own mind, a ‘respectable’ life.

At the heart of this story is a tale of two minds, formed and influenced by unfortunate circumstances. It speaks of loneliness, desperation for human contact, and highlights the way your own mind can form a barrier between you and your basic human desire to be social. In a way this novel spoke to me directly, because I related on a very personal level with the loneliness felt by Isabelle, the construction of social events in her mind. I was terribly lonely when I moved to a different city, leaving all my friends behind. Gradually we lost contact, and I found it immensely difficult to make new friends. It got to a point so severe that I did something incredibly stupid – for want of human contact. It’s sad and pathetic, but so real. Elizabeth Stout painted this in such a raw, open way. It was quite tough subject matter to navigate through.

Despite loneliness being the driving force behind the main characters’ actions, there were many more complex themes driving the plot forward. Amy’s burgeoning sexuality, Isabelle’s anxious, overprotective and even jealous tendencies towards her daughter, feelings of inadequacy, lack of communication and even Amy feeling a little embarrassed of her mother, were just some aspects explored by Stout, and which made for often uncomfortable reading.

I didn’t particularly enjoy reading this book. It was difficult, at times revolting. Despite this, I couldn’t put it down. The narrative was compelling; with Strout interweaving the minds of the two protagonists, combining two very separate outlooks on the same world (which I suppose is the reality of our lives, viewing the world through a million different perspectives), and setting them amidst vivid descriptions of the town, the slow, almost zombie-like townsfolk who, as it happened, had very real, very raw lives of their own.

This book was brilliantly written, the exposition foreshadowed almost poetically, and the emergence into truth almost like a blossoming of understanding, which I felt fitted in marvellously with the subject-matter. The novel ‘came of age’ beautifully, in a way which is wistfully reminiscent of much of our growth and understanding. This novel is about learning to love, learning to let go, and learning to ‘live’. 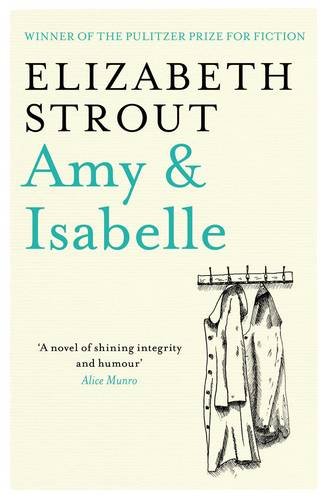