On Sundays, people do nothing.

Well, I don’t know what people do.

When I was a child, we lived in a hot country. And our Sundays were actually Fridays, because the first day of the week was Saturday. Weird, I know. But it didn’t feel weird when we lived there.

My mother was a powerful woman, emotionally. She is still. She could make magic out of misery, but she never hid the misery.

Some mothers cover it with a silken gauze, layers of kisses, gentle smiles and eyes full of pain, but my mother didn’t.

She sobbed in front of us, over things that were out of her control, and then visibly pulled herself together and took us to places and made us happy.

Every Friday, she organised an outdoor pool party, because there is really little you can actually do in a desert, especially back in the early 2000s, at a location somewhere on the outskirts of the city we lived in. She made it so all the families attending pitched in to pay for the daily use of a huge pool, surrounded by a garden with swings and slides and sandpits, a football pitch, and some tent-rooms for the adults to sit in and chat amongst themselves while the kids splashed in the pool under the hot sun all day. We ordered food in and dessert was a potluck of many sugary delights.

And because it was a hot country, we would go every week for most of the year, except a couple of months when it was ‘winter’ – except ‘winter’ was just mildly chilly at best.

We had something to look forward to, every weekend. And weekly school was thoroughly enjoyable too.

We had dreary weekends, of course, but nothing like I’ve experienced since coming back to live here. There is something to be said for the serotonin of sunshine, and the vitamin D of happiness!

Children are more cooped up, because they don’t play on the streets like they used to do in the olden days.

And there is little to do. Or too cold to do it. And people are not as social as they perhaps once had been.

Also, it’s true what they say about the UK.

It is perpetually grey.

It’s a country blanketed in dismal cloud and chill and dampness spreading its tentacles through the earth.

So it’s no wonder people want to stay in bed all day, and watch TV, and eat comforting foods like crackers and cheese and relish and cups of tea.

Smell the fresh air. It is good for you.

English winter is beautiful, don’t get me wrong. The days are so short, though, and lots of areas are so rough, but the countryside always maintains its wondrous glory, even with bare trees, it has an ethereal allure to it. Don’t you agree?

Today I had a BAD day.

There is no other way to put it. No, my goldfish did not pass away. In fact, I don’t have a gold fish, and I never would, because it reminds me of an unsavoury being with bony feet.

My sister climbed on to a roof in a hot country in the Arabian peninsula. The wind whipped at her hair whilst her cousins, who are half Vietnamese, laughed at her with red cheeks and bright eyes. I expect they had some soy wings garnishes with spring onions after that, whilst one of my cousins made some freshly brewed coffee.

My mother in law called me and we had a lovely chat, and my eyes prickled with tears whilst I laughed down the phone with her because she put that effort in to talk to me, and I don’t think anybody has done that for me recently. Not even my own mother. I think my mother thinks I mother her too much, like a reincarnation of her mother. I said, ‘Look, mother, I have to take care of you.’

She doesn’t like that at all. I just can’t help it. I love her too much.

When I went to the bathroom to freshen up my face looked alarming. You see, I have olive skin. So when I am pale, it is a brownish, purply sort of pale. My skin becomes slightly green, and the deep circles beneath my eyes are a strange purply brown hue. My lips had no colour, so they were a little purple too. I just looked terrible. I looked like the photograph I once saw of a woman in the last stages of death. How morbid does that sound?

‘Yup.’ came his response. Pregnant with sarcasm and dripping with disdain and oozing with disappointment. He wanted me to wear my red dress today. But I wasn’t feeling it. He likes that dress a lot for some reason, but sometimes I just don’t want to wear a clingy dress with slits down the side to just … hang around the house.

And it was Saturday, we’d booked tickets to Bletchley Park, the manor house where Alan Turing created his renowned code machine. We thought it was in Manchester (only 40 mins away) and realised after we’d booked, with disappointed jolts that it was all the way in Milton Keynes, two and a half hour’s drive away.

We set the alarm for 8am to leave early, but ended up waking up at 10:30am – meaning we’d have next to no time to really explore and make the most of our visit when we arrived (you need five hours in a place like that, really), so we called up and discovered that the tickets allow us to go back anytime up to a year after purchase, as many times as we please. So, we had some cereal and … did… nothing.

I was upset. I wanted to go outside for a walk at least. I KNOW, I could have gone by myself but that’s hellish lonely. And I always go by myself. D didn’t want to go. He hates walking. He says I am such an old soul but frankly, HE is the old soul. What kind of person hates walking in the spring sunshine?! He only wants to do something if it is hugely entertaining. He has imagination, but not enough to take joy from walking around the block and noticing other people and their front gardens and the way the setting sun sprouts colour in places to light them up and bring some rosy cheeked joy into the world.

Also I felt that he could have sucked it up and gone for a measly half hour with me. He would have enjoyed it, I always make him enjoy it. I washed the dishes angrily and thought dark thoughts about him while he played VIDEO GAMES upstairs.

I am drinking some coffee, now, and getting on with some work. Tomorrow D promised he would go for a walk with me and we would have brunch in a cafe and then maybe take a drive someplace pretty. I am on the hunt for a poppy field. I know there is one nearby. I just feel it in my bones, and I also had a dream about it. I must find it, it is driving me crazy. My eyes are yearning for it and so is my soul, a little bit.

D thinks poppy fields are boring. I think he would appreciate them more if they existed inside a video game or if he experienced them using the Oculus Rift. Kids these days *rolls eyes* – only entertained with technology. They will never understand the true joys of an undigitalised world, will they? 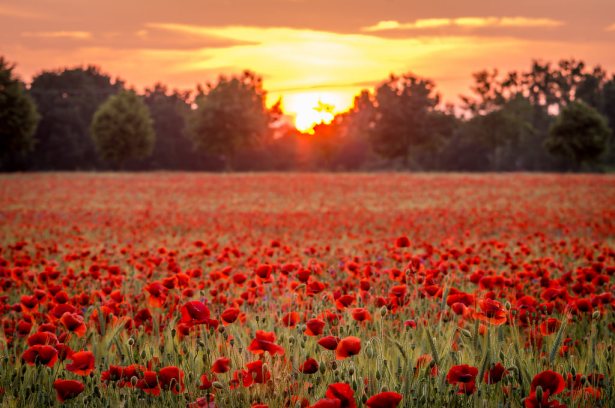 Fatigue was lying next to her in the morning. Her eyelids fluttered open, prodded gently by soft rays of golden sunshine, and when her eyes were open properly she saw Fatigue lying on the bed, his transparent fingers nestled behind her eyebrows and on the crown of her head. They caused a dull ache and no amount of wiping away would remove it.

Fatigue draped its heavy self over her bones as she struggled out of bed. It curled up in the pit of her stomach and painted all the colour out of her face.

When she moved, her feet were weighted down by gravity, which surged up excitedly to meet its old friend. Fatigue bent down to grasp Gravity’s hand in a solid handshake, and it pulled her down with it. She sighed and eventually gave up, dropping onto a chair as they completed their rendezvous.

‘I’m tired,’ she murmured, when she realised the day refused to wake her senses. She went for a walk in the sunshine and laughed with the neighbour, picking some fresh blossoms and breathing the spring air. The sun made her head pound and Fatigue became angry, prodding her eyelids until they drooped pitifully. She closed her eyes and lay back in her chair, her fingers loose about the pen which she tapped listlessly against her book.

Words swam before her eyes, and Fatigue crossly told her that she couldn’t possibly focus today. It wanted some toast and goaded her until she made some, washing it down with a mug of hot tea. Fatigue smiled wide and draped its arm over her eyes and she succumbed to its wiles.

I am tired today, and there is no reason to be. The sun is out, the world is waking up, the buds are forming on trees and spring is in full swing.