Today, I had a day all to myself.

I woke up early, as I usually do, around 5:45am. I helped D leave for work at 6:20 and then I ran around gathering all my things like a maniac, throwing it all in my car and zooming off to the train station. As I started the ignition I realised my windscreen was frosted over. In April! Good heavens, what is the world coming to?

But I had a train to catch in 7 minutes and I hadn’t even collected my tickets so I zoomed off anyway, sitting low in my seat so I could see through the gap at the bottom of the windscreen between the hard frost on my car. Heater on full blast, windscreen wipers scraping away furiously as the heater melted the solid ice slowly but surely.

Parked in a carpark right next to the station, that charged me £4 for the whole day. Not bad for Britain, frankly, and for the area.

Grabbed my tickets and flew down the stairs leading onto platform 4, where a pile of people stood close to the edge, eyes bagged and clutching cups of steaming coffee with tired claws, as though they were grasping at their lifeline for the day.

For many, it probably was. A lifeline, that is.

Anyway. I was early for my train yay and as I stared at the large rocks surrounding the train tracks, right on the edge of the platform, my breath coming out in puffy little clouds (it’s APRIL!), I thought apprehensively of what awaited me at the other end.

I mean aside from getting off at the Grand Central in Birmingham and marching through the throng of town to Moor street and getting the train to Warwick and walking it to Warwick Hospital where a dermatologist awaited me.

She checked my hair. My scalp was perfectly healthy. The hair count at the back of my head was normal, but on the top and on the sides my hair count was significantly decreased. Widening part.

‘You have female pattern baldness.’

What. No blood tests? No genetic tests? No checkups? No second opinion? Is that it?

So it seems my research was correct, and I do have androgenetic alopecia? Inherited, most probably, from my father, who was bald at the age of 25? Well. I shan’t take that with a pinch of salt. I will have to get a second opinion, of course, but generally, I (almost) know what is wrong and what my options are.

Anyway. As I said, I had a me day. I went shopping in Birmingham and bought myself a really nice scarf with bold patterns. It would make me look quite classy, I thought. It smells like peaches and brand-new-ness.

I had a smoothie, and sat down for a little bit of spiritual contemplation. And you know what? I am content.

I (sort of) know what is wrong with me. I know it’s not the end of the world. I am a very lucky, very blessed young person. I have so much going for me, why should I waste my life feeling sorry for myself because my hair follicles are choosing to misbehave? Let them. I am me.

I am a Lenora Sparrow, aged 22 years old.

My MIL said to me today, ‘Oh I remember, Len, you had such thick, curly hair.’ because I lamented that I probably always had thin hair, but she (she’s watched me grow up you know) affirmed it. My hair was luxuriously voluminous and I am happy because naturally, I have great hair. It’s just this disease that is hindering it from flourishing.

I am content. There is a cure. There is help. Everything is not bleak. If you have stuck with me this far, I wish you well. So well. And I send you some love.

I had a haircut today. The lady (who works from her front room) chopped off all my spilt ends and dried my hair so nicely that it bounced up in these wonderful voluminous curls all around my head.

I was so pleased, as you can imagine.

I feel quite brand new, and cleaner, somehow, without the frizzy mess hanging down in gloomy straggles from my thinning scalp.

She said to me, “Now remember, because you’ve got curly hair, you never really need to brush it. Just go through it with a wide tooth comb when you’re conditioning, and that’s all you need.”

When I do brush my hair it explodes into this fuzz halo around my head and it’s not particularly pleasant.

Anyway. Like I said, I have an appointment with the dermatologist later this month, so fingers crossed something good will come out of it, and if it doesn’t, then on we go on  a new route.

I will say though, that having curly hair is a blessing. I used to hate my curls, because they are so hard to deal with, but honestly, the way my hair becomes so voluminous after a shower, makes it so much easier to hide the thinning and balding. Small mercies, eh?

I do feel great today, though. Nothing like great hair to make you feel good, that’s what.

Is really debilitating, no matter what kind it is.

I have suffered with thinning hair since I was fourteen, but only in the past two years have I really noticed my bald head underneath the sparse strands of hair right at the front. All of this screams to me that it could be nothing other than Androgenetic Alopecia, or Female Pattern Baldness, which is similar to Male Pattern Baldness except it doesn’t usually result in complete baldness, just semi baldness.

Still, what woman wants to be semi bald?

Obviously there are many temporary solutions, like hair fibres to hide the scalp, or hair toppers, which are semi-wigs, or rearranging your hair so that it doesn’t show. But that means you can’t go swimming, you can’t get your hair wet, and you certainly can’t let other people touch it.

I used to swim a lot as a child. I remember when I used to live in the hot and dry desert, and we had a massive pool. Sometimes a group of families would rent out a pool enclosed in a personal garden with swings. There were bathrooms and a kitchen, and a massive recreation room. We would have pool parties and games and just talk way into the small hours under a clear sky studded with stars. Us kids used to be in and out of the pool all day. When we stepped out onto the burning paving stones, we would be dry within minutes.

I just remember running around, my hair really curly and wet, flinging sprays of water everywhere. I remember as it dried it would spring up, thick and curly and heavy, locks galore. I remember people touching my hair and commenting on how gleaming and perfectly formed my ringlets were, even though they were only washed in chlorine water.

Several years later, one summer when I returned to the same place, with the same people, I climbed out of the pool and was making my way to the showers when I was stopped by a girl I knew, who was a few years older than me.

She stopped me and took me aside and said, ‘I don’t want you to feel bad, and I am only telling you this because I have gone through it myself, but I think you have hairloss.”

I wanted to laugh in her face, manically. I wanted to tell her scornfully that I knew, I knew, and how could I not, when the thought of it occupied every waking minute of my life?

But I didn’t. I listened to her story, how she started noticing it at age 16, how it got worse and worse at uni, until even hair fibres wouldn’t hide it anymore, and how she lay in bed all day, half her head bald, and how she stopped going to lectures. She told me her mother got the plane to the country where she was studying, and pulled her out of bed and took her to a specialist where they prescribed minoxidil to her. Obviously it was the first time I had ever heard of minoxidil. I swallowed every word she said and kept them close to my heart.

That was three years ago this summer.

I also know there is a cure for everything. Even hair loss. Even cancer. There is a cure. I know this even though it’s not made public. I know because these companies capitalise on ‘treatments’ for hair loss, hair transplants, hair rollers, laser hair treatments. All this costs a fortune, so naturally they wouldn’t want any investment in real cures, because people would stop coming to them with their bank accounts wide open.

So, future Len, if you ever give up hope, remember, I will never stop fighting. So get up, and carry on. 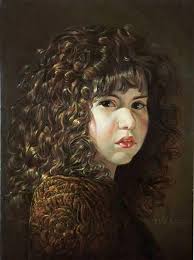